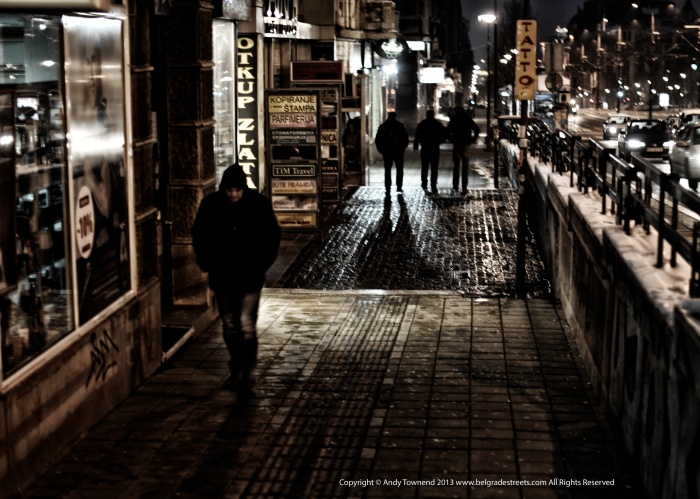 Head down, he walked on, lifting one foot in front of the other.

Heart pounding, he hoped he had not been seen.

There had been a moment, fleeting, the one when the three guys walked past him, when he felt it was all over.

Had the shorter, heavy-set guy with the limp, looked at him for a second longer than might be expected?

He felt the weight in his pocket.

Could he make it?

Would there be time?

He assessed his options, if the guys turned back he could, maybe, make a run for the tram stop, leap aboard and make his escape.

Or duck back into the tattoo parlour, push through to the back and make a run for it.

Seeing the lights of the approaching car, he lowered his head, made his decision, and…..

My (late) contribution to the Daily Prompt: Choose Your Adventure on The Daily Post at WordPress.